Nitrogen-making machine in the oxidation of edible vegetable oil application

The main reason for the rancidity of edible vegetable oil is that it contacts with the oxygen in the air, causing the oxidation reaction of unsaturated fatty acids in the oil, and the formation of peroxides. After decomposition, the oxidation products with pungent odor are finally produced by the oil, which forms a serious "rancid taste" and makes the oil lose its edible value. In order to extend the shelf life of packaged edible oils, various antioxidants are usually added to interrupt the oxidative chain reaction and prevent the formation of peroxides. In recent years, due to consumers' desire for safe "natural products", enterprises should follow the trend of adding natural antioxidants, but the corresponding cost is higher at present. 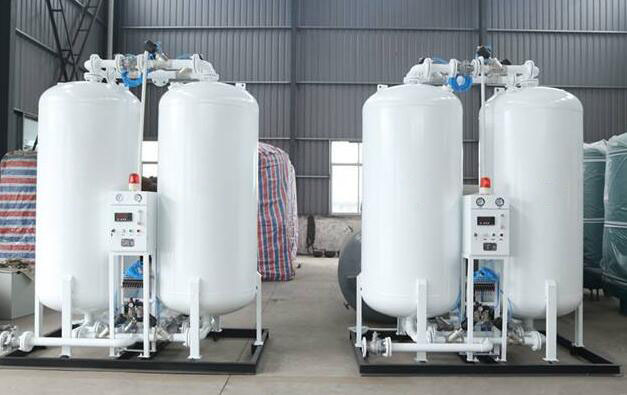 Nitrogen is the main component of air, accounting for about 78 percent. It is a colorless, odorless gas at room temperature. Nitrogen is chemically inert, does not aid combustion or support life, does not dissolve in water, and does not react with other substances. Therefore, high concentration of nitrogen can be charged into edible vegetable oil to make the oxygen in the edible oil be replaced, so as to reduce the oxygen concentration and delay the oxidative rancidity of edible vegetable oil, which is an important measure of anti-oxidation and conducive to the preservation and maintenance of flavor. Before the edible vegetable oil is canned, the air in the bottle is displaced by filling it with nitrogen gas. After filling the edible vegetable oil into the can, fill the bottle with nitrogen to make the residual oxygen in the head space of the bottle less than 3%, and then seal the lid. In this way, on the one hand, the oxygen residue of oxidized edible oil in the bottle is very low, and there is no oxygen source for the edible oil to react. On the other hand, nitrogen forms a nitrogen seal in the headspace of the bottle, blocking the contact between oxygen and edible oil, thus preventing the oxidation of edible oil, and avoiding the hidden dangers caused to human health by the use of artificial antioxidants.