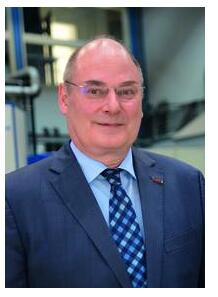 Physics research at University of Dusseldorf, graduated from physicist in 1987. The main contents of the study are solid state, plasma and laser physics.

In 2002, received a doctorate degree in low pressure carburizing at University of Bremen.