vibration of regulating valve cause and treatment

Cause of vibration of regulating valve 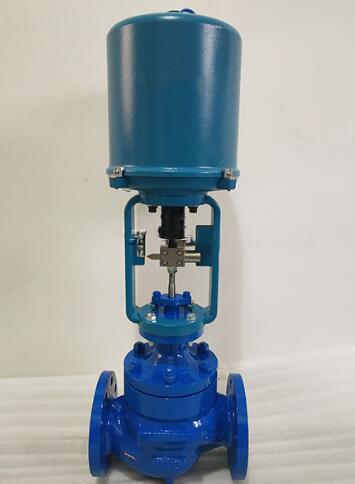 1. Overall vibration of the regulating valve

The reasons for the vibration of the entire control valve on the pipeline are roughly as follows: the pipeline or the base vibrates violently, which easily causes the vibration of the entire control valve; In addition, it is related to frequency, that is, when the external frequency is equal to or close to the natural frequency of the system, the energy of forced vibration reaches its maximum value and produces resonance. These two factors sometimes interact with each other, causing more and more vibration, piping pulsation, loose accessories or components, and rattling noises, and in severe cases, stem breakage, seat shedding, and system failure. In this case, the pipes and bases that cause the vibration should be strengthened, which also helps to eliminate interference from external frequencies.

The regulator shall be installed far from the vibration source. If it is unavoidable, preventive measures shall be taken. The vibration of the entire control valve, in the case of not reaching resonance, the control valve can basically be adjusted with a given signal. Because the relative displacement of a given signal to the spool does not change or change very little because of the vibration of the entire regulator, the reason is that they are a whole. Control valve at both ends of the globe valve to open or close, will make the rapid flow of wave measurement media produce a strong reflection shock wave, reflection wave impact control valve core. When this force is greater than the downward pressure of the diaphragm on the spool, it will make the spool move up and produce vibration, especially in the case of small signals, due to the smaller pre-tightening force, more likely to make the spool vibrate. The opening degree of the control valve is too small, so that the difference pressure before and after the control valve is too large, so that the flow rate at the throttle mouth increases, the pressure quickly decreases. If the pressure drops to the saturated vapor pressure of the liquid at this temperature, the liquid can be vaporized, forming flash steam, forming bubbles, forming a strong pressure and shock wave when the bubble bursts, producing air hammer, the pressure is generally up to dozens of mpa. The air hammer strikes the spool to form a honeycomb and make the spool vibrate. The general reason for spool vibration is roughly as follows: the regulator output signal is not stable. Rapid up and down changes, such as the valve positioner sensitivity is too high, the regulator output a small change or drift, will be immediately converted into a locator output signal. Cause the valve to oscillate.

Control valve friction force is too small, such as the valve packing is too little, or pressure cap is not tightened, the external input signal has a small change or drift, will be immediately transmitted to the valve core, the valve core vibration, and give out a gurgling sound. On the contrary, such as the friction of the control valve is too big, such as too much packing, gland is screwed too tight, or the stuffing box aging, dry, in the small signal when the action is not, once the signal is big action and produce too much phenomenon, will make the control valve produce hysteresis oscillation, vibration curve approximate square wave. In this case, the damping of the corresponding part of the regulator should be reduced, such as replacement of packing. The air source fluctuation makes the output fluctuation of the positioner, or rusts the active part of the positioner, which is not flexible and makes the input and output signals do not correspond, thus producing a leaping oscillation. At this point should open the air source pressure relief valve cleaning positioner, and to the active part of the oil, to eliminate friction. As a result of the unbalanced force of the valve itself, the valve core often oscillates. Zero spring jacking force is too small, the ability to resist external interference is small, in the case of small external signal, easy to make the spool vibration. To sum up, according to the author's diagnosis based on practical experience, in general, the influence of the valve core oscillation on the measured medium is always greater than the influence of the whole valve vibration on the measured medium, and the reason for the valve core oscillation and preventive measures are always more complex than the reason for the whole valve oscillation and preventive measures. In practice, it can be seen that the causes of these two vibrations are not always so distinct, and are sometimes interwoven

The vibration and noise of control valve can be divided into mechanical vibration, cavitation vibration and fluid dynamic vibration according to the different inducing factors.

Mechanical vibration can be divided into two states according to its manifestation. One state is the overall vibration of the control valve, that is, the entire control valve frequently vibrates on the pipeline or base, and the reason is that the violent vibration of the pipeline or base causes the vibration of the entire control valve. In addition, it is related to frequency, that is, when the external frequency is equal to or close to the natural frequency of the system, the energy of forced vibration reaches its maximum value and produces resonance. Another state is the vibration of the valve disc, the reason is mainly due to the rapid increase in the flow rate of the medium, so that the valve before and after the sharp change in differential pressure, causing the whole valve to produce a serious oscillation.

Cavitation vibration mostly occurs in the control valve of liquid medium. The root cause of cavitation is liquid vaporization caused by accelerating shrinkage and decreasing static pressure in the control valve. The smaller the opening of the regulator, the greater the pressure difference between the front and rear, the greater the possibility of fluid acceleration and cavitation, and the smaller the corresponding blocking flow pressure drop.

For oscillation and slight vibration, can increase the stiffness to eliminate or weaken, such as the choice of a large stiffness of the spring, the use of piston actuator and other methods are feasible.

Increase damping is to increase the friction of vibration, such as the sleeve valve plug can be used "O" ring seal, the use of greater friction graphite packing, etc., which will eliminate or weaken the slight vibration or has a certain effect.

3. Increase the guide size and reduce the fit clearance

4. Change the shape of the throttle body to eliminate resonance

Because the so-called vibration source of the regulating valve occurs in the throttle outlet with high speed flow and sharp change of pressure, the vibration source frequency can be changed by changing the shape of the throttle piece, which is easier to solve when the resonance is not strong.

The specific method is to turn the spool surface within the vibration opening range of 0.5 ~ 1.0mm. If a factory area near the installation of a self-powered pressure control valve, because of resonance noise affect the rest of the workers, the valve core curved car dropped 0.5mm, resonant noise disappeared.

For cavitation vibration caused by cavitation bubble rupture, we should try to reduce cavitation.

The impact energy from letting the bubbles break does not apply to the solid surface, especially the spool, but to the absorption of the liquid. Sleeve valve has this characteristic, so you can change the plug type spool into sleeve type.

The vibration of the valve caused by the external vibration source wave is obviously avoided in the normal operation of the control valve. If such vibration occurs, corresponding measures should be taken.