The traditional power transformer is controlled by the artificial fan, and there are 6 groups of each transformer air-cooled motor needs to be control, and each set of fan is dependent on thermal relay, fan power supply circuit through the contactor control, fan through the transformer oil temperature and transformer overload process measurement, thus through logical judgment to determine the start and stop of the fan. 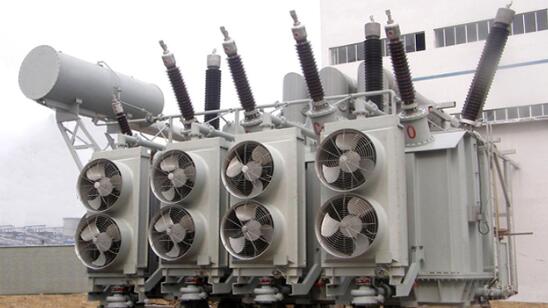 The mechanical contact is mainly driven by artificial mechanical contact. In this way, traditional control can only be controlled manually. All but the biggest drawback is the fan to start and stop at the same time, at the same time and when to start the impact current is bigger, often damage to components in the circuit, when the temperature at the time of 45 to 55 degrees Celsius, is often taken all the work in the way, it will bring huge waste of energy and can cause great difficulty for the maintenance of equipment.

General cooling control system mainly USES components including relay, thermal relay and various contact logic circuit control system, the control logic is very complex, in the actual process of operation of the contactors and contacts for many times of contact and separation caused by the burning phenomenon. Moreover, the fan also lacks some necessary protection, such as overload, lack of phase and overload, which will reduce the reliability of its operation in the actual operation process and increase the operation cost virtually.

The role of the transformer oil tank and cooling unit