Ion nitridation process parameters are more, in addition to the common nitridation temperature and time, but also by the furnace gas pressure, gas source, gas pressure and flow, voltage and current, pumping rate and other factors. 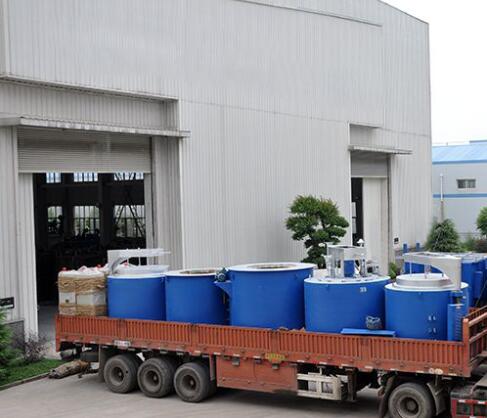 2) The residence time of nitriding depends on the material and thickness and hardness of nitriding layer, ranging from tens of minutes to tens of hours. When the nitriding time was less than 20h, the ion nitriding rate was significantly higher than that of gas.

When the nitriding time is more than 20h, the two nitriding rates are close. It can be seen that when the nitriding layer is less than 0.5mm, ion nitriding is the most appropriate. When the depth of nitride layer is 0.2~ 0.5mm, the general insulation is 8 ~ 20h.

Gas pressure in furnace is an important parameter for ion nitriding. Air pressure shall be lower than 6.67 Pa after the empty furnace or workpiece is put into the furnace. If this value is not reached, there is a leakage in the furnace. The oxygen in the leaking air will oxidize the metal surface and affect the nitriding quality. Cooling air leakage, will make the workpiece oxidation color.

The furnace gas pressure is related to the inlet flow rate and the exhaust velocity. Under certain pressure, the higher the extraction rate of vacuum pump, the greater the gas flow rate and ammonia consumption. Air pressure directly affects current density during ion nitriding.

High pressure and high current density affect the temperature rise rate and insulation temperature. The actual operating pressure should be between 133-1066Pa and 266-800Pa in general.

The gas pressure in furnace has certain influence on nitriding layer. It's easy to get the C prime phase at low pressure. When the wind pressure is 40~2660Pa, the composite layer is not easy to appear.

Air pressure also determines the thickness of the glow layer. The higher the pressure, the smaller the DK, and the thinner the glow layer, the more favorable the temperature rise.