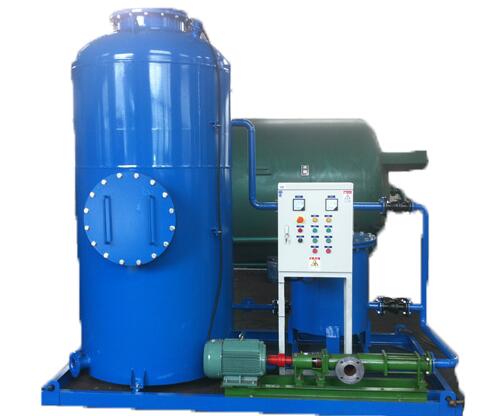 Sources of oily sewage include petroleum, chemical and other industrial sectors. Flocculation, flotation and filtration are often used. According to the water quality characteristics and effluent quality requirements of the generated oily wastewater, the wastewater treatment process should adopt biological treatment to achieve the desired purpose. The alternative treatment processes are:

The basic principle of salting-out method for oily wastewater treatment is to compress the thickness of the double electric layer at the interface of water surface so as to make the oil particles unstable. The simple salting-out method has a large dosage (1%-5%), a slow speed of polymerization, a sedimentation separation generally above 24h, a large area of equipment, and a poor effect on the treatment of oil-containing emulsion stabilized by surfactants. However, this method is more widely used as a primary treatment because of its simple operation and low cost.

The common inorganic flocculants are aluminum salts and iron salts, especially the inorganic polymer coagulants such as polyferric sulfate and polyaluminum chloride, which have attracted increasing attention due to their advantages such as low dosage, high efficiency and wide optimal pH range. Although the inorganic flocculant is faster and smaller than the salting-out method, it is more expensive and more sludge is produced. At present, organic polymer flocculants can also be used as auxiliary agents for other methods in the treatment of oily wastewater.

The anodic electrolytic treatment of oily wastewater by metal aluminum or iron is mainly suitable for secondary treatment of cooling lubricant after chemical flocculation in machining industry. Electroflocculation has the advantages of good treatment effect, small floor space, simple operation and relatively small amount of scum, but it has the disadvantages of large anode metal consumption, large amount of salt as auxiliary agent, high power consumption and high operating cost.

The removal efficiency of crude pellet method depends on the presence and amount of surfactant. The presence of trace surfactants can inhibit the effect of coarse-grained beds, so this method is ineffective for removing oil from emulsified oily wastewater containing surfactants. Coarse granulation method does not need additional chemical agents, no secondary pollution, the equipment covers a small area, and the cost of infrastructure is low, the prospect is good, but the content of water is high, so often need to conduct further treatment.