The inspection of hydraulic power steering device for forging equipment is very important. It is divided into the following parts: 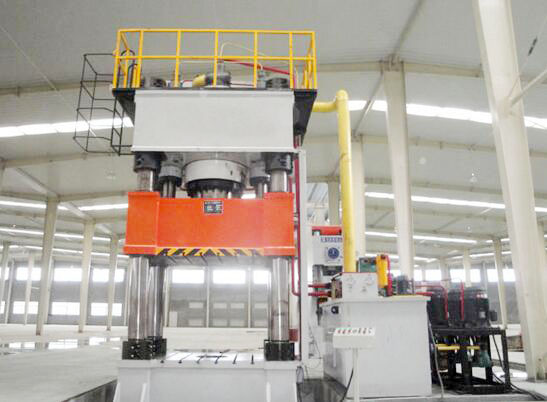 Hydraulic power steering device oil inspection, in addition to observe the oil level of the oil tank calibration line, also should be the entire system inspection, inspection, the first to park the car on a flat hardness road surface, start the engine to make it in the state of no more than 1000 RPM idling. Then turn the steering wheel several times to raise the hydraulic temperature to about 80℃. At this time, touch the hydraulic pipe with your hand to feel hot. Then return the steering wheel to the middle of the steering direction and observe whether the oil pressure in the storage tank has bubble emulsification phenomenon. Once the foam emulsification phenomenon occurs, it indicates that there may be air in the hydraulic power steering system or the oil level is too low. In this case, the pipeline air should be removed or hydraulic oil should be added. When adding hydraulic oil, the new and old oil brands should be guaranteed to be the same.

2. Check the rise and rise of the oil level of the storage tank

First select a plastic tube, one end is connected to the power steering deflator plug, the other end is immersed in a container containing hydraulic oil. Then start the engine and idling for several minutes under the state of 1000 RPM. At the same time, repeatedly turn the steering wheel to the middle position for 5-6 times, then release the air in the system by loosening the oil plug. The above action can be repeated several times until there is no air bubble in the pipeline, and then tighten the air drain plug.

When found that the hydraulic oil deterioration or meet the requirements of the car maintenance manual oil time, the need to release the old oil to replace the new oil.

(3) turn the steering wheel left and right, and shut down the engine after the residual oil in the oil pipe is drained.

(4) plug up the upper return oil pipe joint of the storage tank and then add the hydraulic oil according to the oil product requirements.

(5) start the automobile engine and make it run at a speed of about 1000 RPM. When oil is discharged from the return pipe, shut down the engine immediately. Repeat the process a few moments later. After the process is repeated, the air in the oil channel will be removed completely, and then the return pipe will be connected to the storage tank.

(6) after the hydraulic oil is added to the specified mark on the storage tank.