How to control the temperature of nitriding furnace

After gas nitriding or nitrocarburizing, if the furnace is cooled to below 200 ℃ under the protection of ammonia gas, the furnace gas deflagration will occur after the furnace cover is opened, but in different degrees.

The nitriding furnace tries to explain as follows:

1. The basic furnace gas of nitriding furnace is ammonia + nitrogen + hydrogen, in which hydrogen and ammonia are combustible gases. When they are mixed with air to a certain proportion, they can be burned in case of open fire (including Mars) or when they reach the ignition temperature (above 510 ℃), which is explosive in sealed containers and explosive in open containers.

2. At this time, the furnace temperature is below 200 ℃. Open the furnace cover. Although there is air in, there should be no gas combustion (deflagration) under the condition of no open fire.

3. However, one of the problems is that hydrogen is a strong reducing gas. During the cooling process of the furnace, it will reduce the iron nitride in the form of particles (dust) scattered in the furnace to iron powder. We know that the small reducing iron powder will be strongly oxidized and heated when encountering the air, and the temperature will rise sharply and become Mars. In addition, the active carbon powder that may be deposited during the nitrocarburizing process will also be oxygenated when encountering the air It turns into Mars. Mars ignites the "hydrogen (ammonia) - air" mixture, so there is a deflagration.

(2) carefully open the furnace cover. The operator shall not be close to the furnace body, let the furnace gas escape for a while, or throw the ignited paper into the furnace tank, actively ignite the remaining combustible gas, and lift out the parts after being sure of safety. 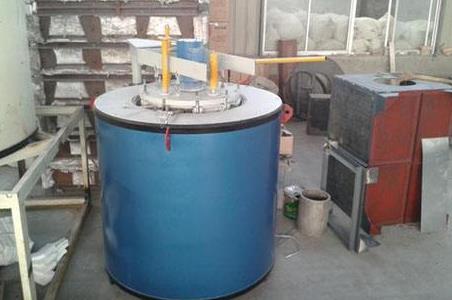