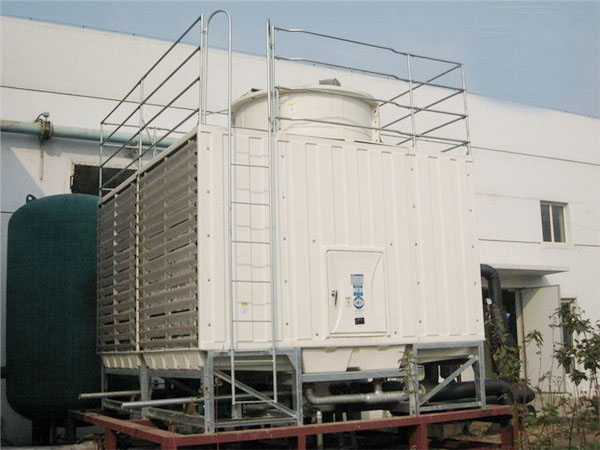 According to the direct contact between water and air, the cooling tower is divided into closed cooling tower and open cooling tower. How to choose the two, in addition to considering the investment cost, should also make a comparison on the performance.

The cooling principle of open cooling tower is that hot water is sprayed on the filler of glass fiber by means of spray, and heat exchange is achieved through the contact between water and air. In addition, the fan drives the flow of airflow in the tower to bring out the hot air flow after heat exchange with water, so as to achieve cooling. This kind of cooling method, the initial investment is less, but the operating cost is higher (water consumption, electricity consumption).

The cooling principle is, simply put, two links: an inner loop and an outer loop. No packing, the main part of the copper tube table cooler.

Closed cooling tower originates from evaporative cooler, but actually it is a kind of heat exchanger that combines the performance of water-cooled cooler and conventional cooling tower. It is also a kind of heat exchanger between water cooler and air cooler, so some manufacturers call it "evaporative air cooler". Now this kind of cooling equipment is more, in the form of their common characteristic is outside the recuperative heat exchanger spray water and forced ventilation, heat from within the recuperative heat exchanger in cooling fluid, wall to wall outside the spray water, again through the spray water and air to air forced convection, heat transfer and spray water into the air, mainly by the latent heat of evaporation and spray water spray of sensible heat of water and air. Because the cooled fluid flows in the closed loop between the wall heat exchanger and the external process equipment, it is called "closed tower" in order to distinguish it from the general cooling tower where the cooled fluid is in direct contact with air, and the general cooling tower is correspondingly called "open tower".